No U.S. Open on Father’s Day This Year? It’s a Gift for This Correspondent 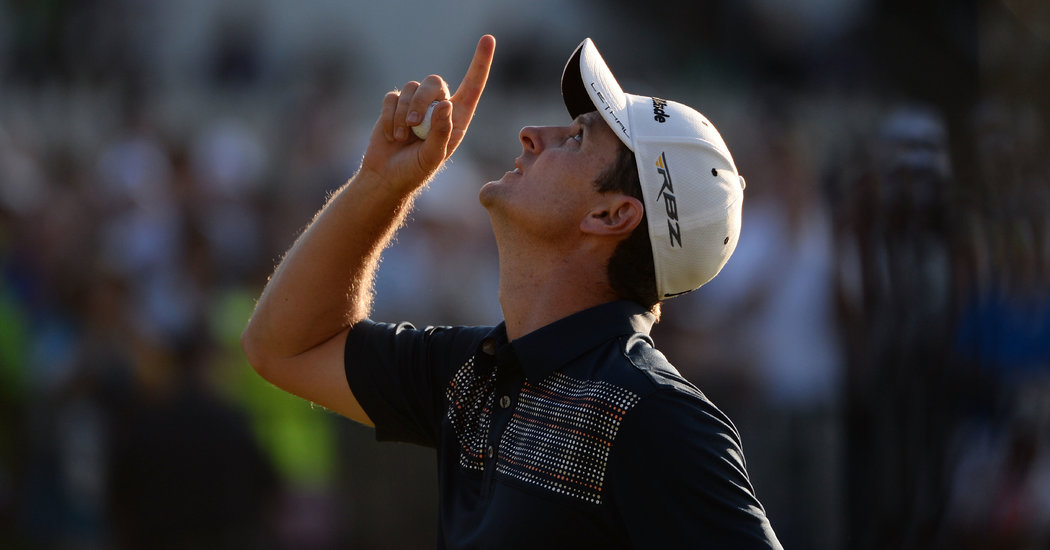 Starting in 2004, it became an annual expectation that I would not be home on Father’s Day. Don’t feel sorry for me, especially if you’re a golf fan. I was covering the final round of the United States Open, held on Father’s Day every year since 1976.

It will be different this year, as it will be for millions of golf fans, and the fathers among them. Because of the coronavirus pandemic, the 2020 U.S. Open at the Winged Foot Golf Club in Westchester County, N.Y., was postponed to Sept. 17-20. The symbiotic relationship between America’s national golf championship and Father’s Day will be interrupted on Sunday.

And so the pandemic again jars our routines. There will be competitive golf to watch this weekend because the PGA Tour has filled the vacant spot with the RBC Heritage, an event in Hilton Head Island, S.C. It is a good tournament, but it will not provide the traditional Father’s Day television viewing because we won’t be watching several golfers late on a holiday Sunday struggling to endure the crucible of pursuing a victory at a major championship.

And in many homes across the country, there also will not be a shared experience exclusive to Father’s Day. Not every household is filled with golf fans (ask my wife), but alluring drama isn’t defined by the stage but by the adversity, perseverance, exaltation and pathos depicted on it.

Fathers who play golf and the many more who simply like to watch it enjoy the fruits of many gifts on Father’s Day. Having their children and others important to them assemble to partake in — OK, put up with — a yearly ritual of watching the final hours of the U.S. Open is one of them.

I know this because in my earliest days as a father of three, I was not usually covering the U.S. Open. But I camped out in front of the television, and my children and my wife mostly pretended to care about what was going on. (I did occasionally bribe them by setting up a prize-filled lottery, in which everyone in the house was allocated four contending golfers so that the winner of the tournament was not the only one celebrating.)

But the point is, it was fun, and it indeed became tradition. It was togetherness. It was Father’s Day.

Things certainly changed between when I sometimes covered the U.S. Open in the 1990s and it becoming a standard June assignment.

At the tournament, the camaraderie of colleagues who were also away from their families, and the feeling that you’re lucky to be there — and plenty busy — made the day pass quickly.

If the event wasn’t too far from my home in New York, my family would occasionally surprise me and appear at my lodging on Saturday night so we could at least have a Father’s Day breakfast. In time, my eldest daughter eventually got a job that sporadically intersected with golf, so she was working at U.S. Opens in the mid-2010s. As proof of the sibling bond, her younger sister and brother have found their way to two recent tournaments as well.

I have noticed over the years that those kinds of family reunions happen often at the U.S. Open. Walking different courses over the decades, I’ve grown accustomed to seeing hundreds of parents and grandparents at the edges of fairways and greens with their children and grandchildren. It’s a sight more common at a U.S. Open than at other major championships, probably because the tickets were bought as a Father’s Day present.

The golfers competing also bring their fathers. Some of the most heartwarming scenes near the final green have been between fathers and sons, including last year’s winner, Gary Woodland, and his father, Dan. Twenty years earlier, immediately after Payne Stewart defeated Phil Mickelson on the final hole of the U.S. Open, Stewart had the selflessness to remind Mickelson that he was about to become a father for the first time. The next day, Mickelson’s wife, Amy, gave birth to a daughter.

Even when a father could not be at the climactic moment of a U.S. Open victory, he was not forgotten. In 2013, after Justin Rose sank the final putt in his victory, he looked and pointed skyward in a tribute to his late father, Ken, who had nurtured his love of the game.

My streak of U.S. Open visits was broken last year, in a very literal sense, when I shattered an ankle while running in my neighborhood the day before my flight to the tournament. I spent my 2019 Father’s Day in a medicated haze following reconstructive surgery two days earlier.

This week, I was looking forward to my U.S. Open return, but being home, and fit, for Father’s Day is a more than suitable outcome instead. Around the world, there are bigger things to weigh and solve than the interruption of a sport’s connection to an annual holiday.

Know this, however: The final round of the 2021 U.S. Open is scheduled for June 20. It is, as usual, the third Sunday of the month, Father’s Day.