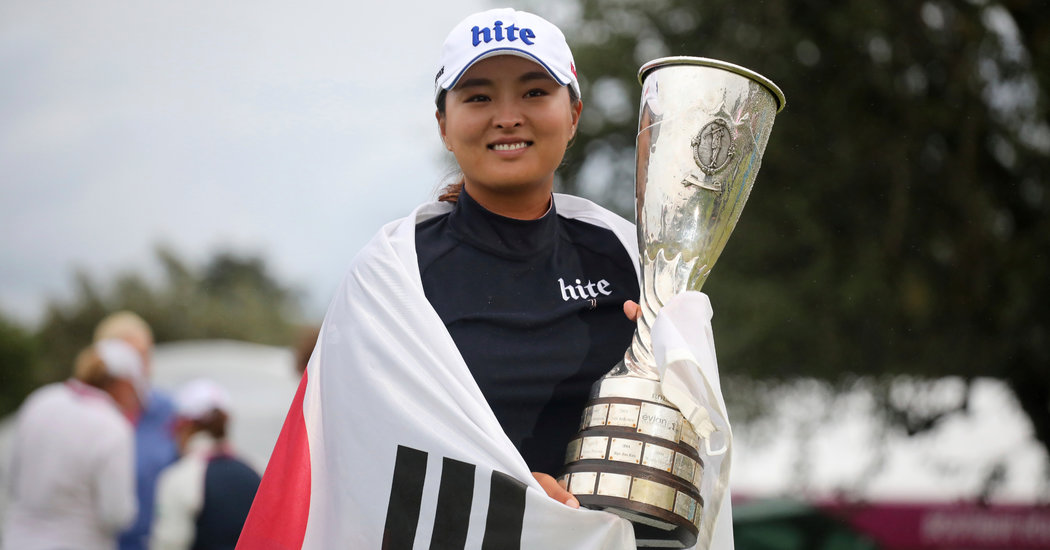 The first women’s golf major championship of this year, the Evian Championship, scheduled from Aug. 6 to 9 in France, was canceled on Tuesday because of travel restrictions and governmental quarantine requirements related to the coronavirus pandemic, according to a statement from the L.P.G.A. Tour. The event will return to the women’s tour schedule in 2021.

The other four women’s majors remain on this year’s calendar, beginning with the Women’s British Open, which is set to begin Aug. 20 in Scotland, although travel constraints are a likely complication of hosting that event as well.

“I know this was a tough decision for everyone involved, but it’s one that we had to take given the restrictions we faced,” Mike Whan, the commissioner of the L.P.G.A. Tour, said in a statement. “It is disappointing to miss a major championship, but Evian’s strong history of showcasing the best female golfers will continue once again when we return in 2021.”

The L.P.G.A. Tour, which has canceled or postponed nearly two dozen tournaments, has not held an event since the Women’s Australian Open in February. It expects to resume its schedule with the Marathon Classic near Toledo, Ohio, in late July. The L.P.G.A. of Korea Tour held its first event of 2020 roughly a month ago with an event just north of Seoul, South Korea. A week later, in Incheon, South Korea, Jin Young Ko, the world’s top-ranked player, played a charity skins match against the world No. 3, Sung Hyun Park. Both events were contested without spectators.

“I have been incredibly impressed by the entire team at the Evian Championship; they worked so hard to host this global event despite the obvious challenges,” Whan said, adding that major tournaments are important when the L.P.G.A. schedule “has been drastically reduced due to Covid-19.”

The ANA Inspiration, usually the first women’s major of the year, was postponed until Sept. 10 to 13 in Rancho Mirage, Calif. Another major, the Women’s P.G.A. Championship, was rescheduled for Oct. 8 to 11 in Newtown Square, Pa., and the United States Women’s Open has been moved to Dec. 10 to 13 in Houston.