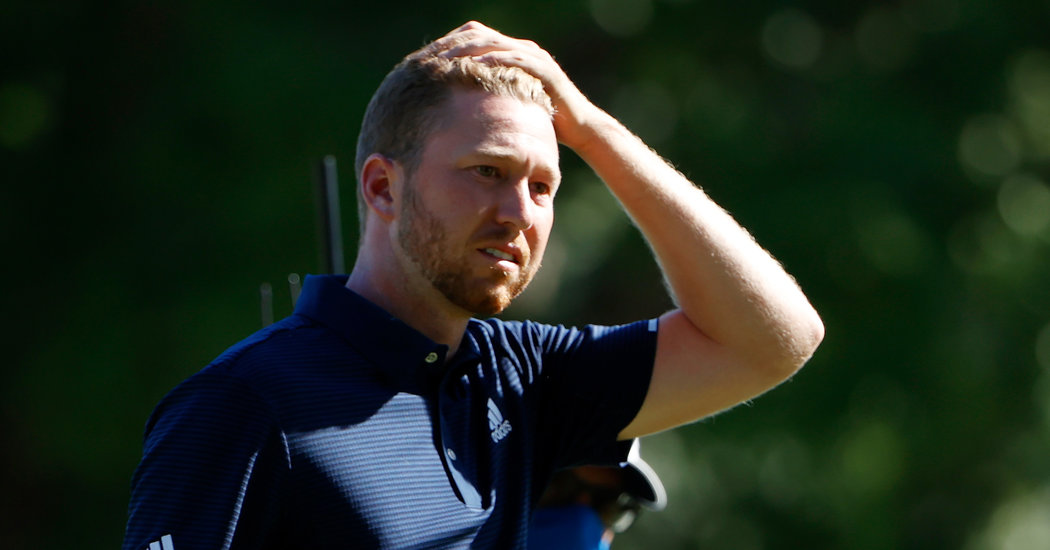 The PGA Tour returned from a three-month layoff due to the coronavirus pandemic on Thursday. But to golf fans worldwide, the true measure, and appeal, of a tour event is a taut, nerve-racking final round.

If the scheduled 18 holes end in a tie at the top of the leaderboard that leads to a tenser, more jittery playoff, then all the better.

On that count, professional golf got its wish on Sunday with a star-studded leaderboard that included the game’s top players, who alternately soared and stumbled in what was an entertaining close to an eventful week for the sport.

The Charles Schwab Challenge at Colonial Country Club in Fort Worth began with the 148 players in the field successfully passing tests for the coronavirus. Then, near the beginning of each of the four rounds, players, caddies and officials at the golf course paused for a moment of silence in honor of George Floyd, whose death in Minneapolis police custody has sparked protests worldwide. Next, the golfers adapted to a new condition of tournament play: competition without fans.

In the end, a one-hole playoff on Colonial’s 17th hole ended with a rising star on the tour, Collin Morikawa, 23, missing a short par putt that handed the championship to Daniel Berger, another surging young player who has had to overcome serious, career-threatening injury.

Berger clinched his berth in the playoff with a twisting birdie putt on the 72nd hole of the event. Morikawa could have clinched victory on the same 18th green, but missed a 3-foot putt. Berger, 27, whose playoff record before Sunday was 0-2, commiserated with Morikawa.

“Obviously, I didn’t want to win it like that, but sometimes that’s just the way golf goes,” said Berger, who now has three tour victories in his career and four top-10 finishes in 2020. “To be able to come out here and beat so many of the best players in the world — you look at the field that was out here this week and I don’t have a stellar playoff record — so to show up here this way, I’m very proud of myself.”

Morikawa explained afterward that he struck the putt on the 18th hole as he intended, but had misread the break of the green. Of his missed playoff putt, he simply said, “Just not a good putt.”

The best players in golf made a run at the tournament title on Sunday, including Patrick Reed, Bubba Watson, Justin Rose, Xander Schauffele and Bryson DeChambeau, all of whom finished within two strokes of the lead.

The world’s top-ranked player, Rory McIlroy, began the day with a chance to catch the leaders, but bogeyed the first hole, the course’s easiest. Things went downhill from there. Playing at Colonial for the first time, he bogeyed the fourth, fifth and ninth holes and double-bogeyed the seventh, taking himself out of contention early. He finished with a four-over-par 74.

Playing with McIlroy was DeChambeau, who was as buoyant as his partner was dispirited. DeChambeau had played the event four times and made the cut only once. He teed off Sunday three strokes behind Schauffele, the third-round leader, but with five birdies in a nine-hole stretch near the middle of his round, he charged into a tie for the lead.

DeChambeau’s 145-yard approach shot to the 17th green flew long and into a difficult spot to chip from behind the hole. He did not recover well from that predicament, and the ensuing bogey dampened his momentum. Still, he had a chance to get into the playoff with a birdie attempt on 18 that he nearly holed.

DeChambeau, whose newly enhanced, musclebound upper body allowed him to smash towering drives that overpowered the venerable Colonial layout, was not cowed by his final hole failings.

“If I had putted well,” he said afterward, “I would have won by a lot this week. I’m very encouraged.”

Berger’s comeback comes after a confusing, debilitating injury sustained in 2018. After tying for a sixth-place finish at the 2018 United States Open, he felt pain in his right index finger after hitting a shot at the tour’s next event, the Travelers Championship. Berger tried playing through the pain for months, but the discomfort not only got worse, it led to an inflammation of his right wrist. An extended rest was the medically recommended course of action.

While Berger made strides in 2019, it wasn’t until this spring that he seemed to regain his old form, with a tie for ninth, a tie for fifth and a tie for fourth in three successive tour events. Berger said the health setbacks to his career helped motivate him.

“There was so many times today where I could have given it up or let the pressure get to me,” he said. “But I hung in there and I played practically some of the best golf I’ve played during the last six years in the last five holes today.”

Harold Varner III — an early tournament leader who is one of the few black golfers on the elite professional tours and who was vocal last week in the discussion in golf about racial injustice — began the day in contention but had some costly missteps in the middle of his round on Sunday. He shot 72 and finished tied for 19th.

Jordan Spieth, the three-time major champion whose game before the shutdown had been wildly inconsistent for several months, concluded what was an uplifting tournament for him with an uneven 71 that included four birdies and five bogeys. He finished tied for 10th.

Spieth was nonetheless feeling refreshed, and not just because he was back playing competitive golf again.

“I definitely see progress,” Spieth said. “I knew coming in that I didn’t have all the tools. Didn’t have all my weapons yet. But I certainly gained more this week, gained a lot of confidence.”